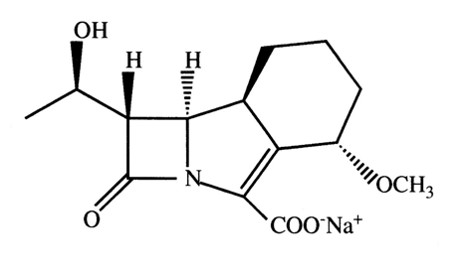 Sanfetrinem, repurposing an oral beta-lactam with intracellular activity for the treatment of tuberculosis. Ramón-García, S. et al. (2019) Abstract book of the 50th World Conference on Lung Health of the International Union Against Tuberculosis and Lung Disease (The Union). The International Journal of Tuberculosis and Lung Disease. Volume 23. Number 10. November 2019. Supplement 1. Pages S591. ISSN 1027 3719.

New strategies in TB therapeutics are urgently needed to cure all forms of the disease; however, developing new antimicrobials is costly and lengthy. Drug repurposing represents a rapid approach to generate new TB treatments.
Beta-lactams have an exceptional record of clinical safety. Used for decades to treat bacterial infections, they were regarded as ineffective against Mycobacterium tuberculosis; however, the clinical efficacy of meropenem was recently shown [PMID:27433841]. While promising, meropenem can only be administered intravenously, not practical against a disease for which oral drugs are needed.
Here, we described the discovery of the oral beta-lactam sanfetrinem cilexetil, a first-in-class tricyclic carbapenem. Sanfetrinem was identified in a screen of ca. 2,000 beta-lactams as the most active against intracellular M. tuberculosis H37Rv (MICTHP1= 0.5 μg/mL), along with potent activity in 7H9 broth (MIC7H9= 1.5 μg/mL). Time-kill assays and confocal time-lapse microscopy confirmed its intracellular and rapid bactericidal activity. To assess its potential for global implementation, sanfetrinem was tested against a panel of M. tuberculosis strains, including drug-susceptible and MDR/XDR clinical isolates from different geographical origins: it was more active and with a narrow spectrum of activity (MIC90 = 1-4 μg/mL) than the clinically active meropenem (MIC90 = 2-64 μg/mL), with these activities enhanced in the presence of clavulanate, although to a lesser extent in the case of sanfetrinem. Finally, mouse studies confirmed the equipotency of sanfetrinem cilexetil (oral prodrug) compared to a combination of subcutaneous meropenem and oral amoxicillin/clavulanate.
Sanfetrinem cilexetil was developed by GlaxoSmithKline in the 1990s and underwent phase 2 clinical trials for upper respiratory infections. Its development was stopped prior to Phase 3 primarily based on commercial considerations. Our results show that it could represent an ideal oral beta-lactam with the ability to progress rapidly into clinical implementation. A Phase 2a clinical study is planned for 2021.

Sanfetrinem cilexetil is the oral prodrug of sanfetrinem, a novel tricyclic β-lactam compound developed by GSK in the 1990s.  A Phase 2a clinical study is being planned for 1Q2021.