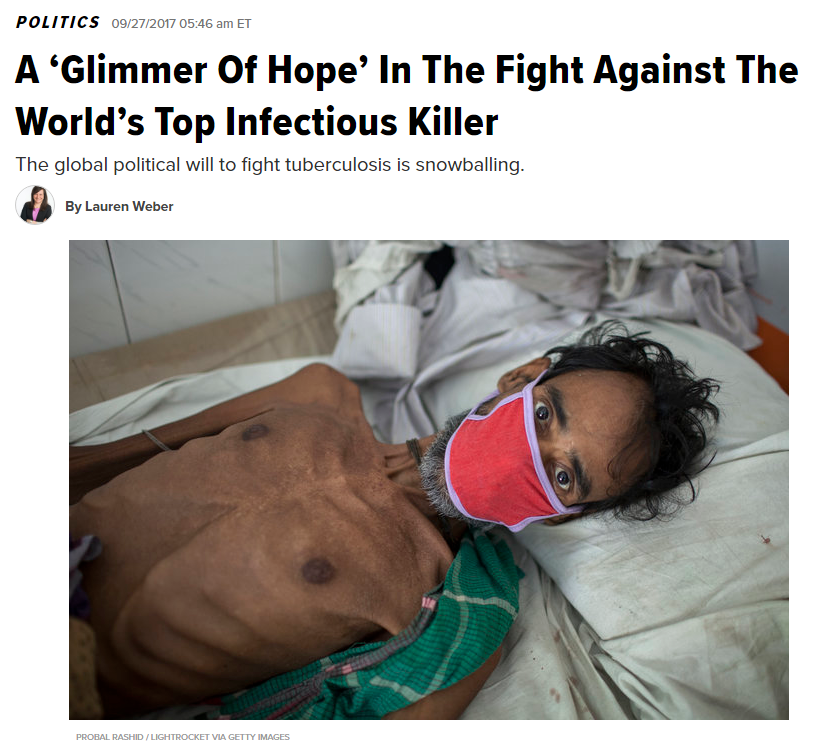 In a sign of increasing political will in the battle against the world’s top infectious killer, the heads of the World Health Organization and USAID voiced their support for the global fight against tuberculosis last week in a reception during the United Nations General Assembly.

Advocates had been seeing a snowballing of political support to thwart tuberculosis, first with the announcement of a U.N. high-level meeting focused solely on TB next year, followed by the recent inclusion of the fight against TB in the G-20 declaration and excitement over a WHO ministerial conference on tuberculosis to be headlined by Russian President Vladimir Putin in November.

WHO Director Tedros Adhanom Ghebreyesus spoke movingly of his brother’s fight against tuberculosis at the reception hosted Sept. 19 by the Stop TB Partnership and WHO, both part of the U.N. He stressed that TB continues to be a major problem today and that antimicrobial resistance is making it even more deadly.

And the need for new drugs to combat tuberculosis, whose drug-resistant strains account for a third of antimicrobial-resistant (AMR) deaths, is growing. “Drug-resistant TB is the most common and lethal airborne AMR disease worldwide today, responsible for 250,000 deaths each year,” stated the WHO’s “Antibacterial Agents in Clinical Development” report, released last week.