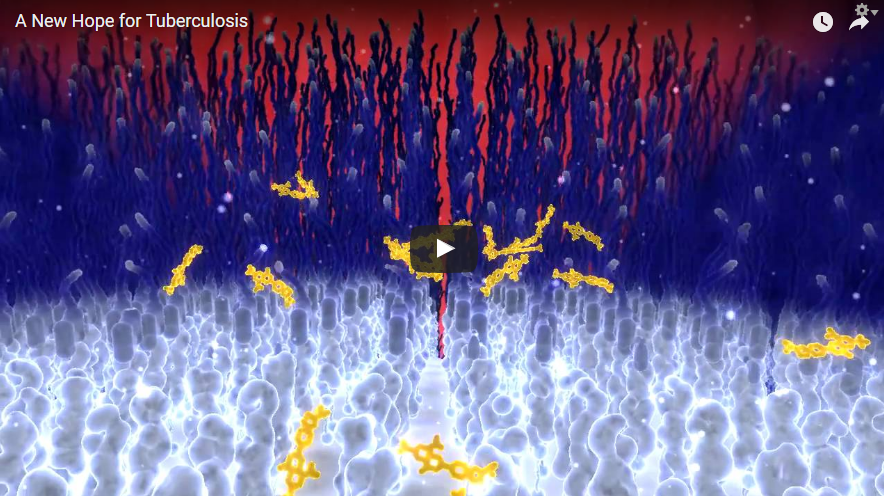 iM4TB is a non-profit based in EPFL’s Innovation Park. Founded in 2013, its mission is “to develop better and faster-acting medicines to fight TB and therefore bridge the gap between the scientific discovery and the market in order to provide affordable TB treatment to anyone in the world.”

iM4TB is chaired by Professor Stewart Cole, a world-renowned TB expert, who also directs EPFL’s Global Health Institute. The non-profit enjoys the patronage of Professor Françoise Barré-Sinoussi, a French virologist who won the Nobel Prize in Medicine (2008) for the discovery of HIV, the virus that causes AIDS.

iM4TB has developed a novel anti-TB drug called PBTZ169 (license held by EPFL). The antibiotic has now proven effective in pre-clinical trials, while previous in vivo studies have shown that it works faster and more effectively than anti-TB drugs currently recommended by the World Health Organization.

PBTZ169 works by preventing the TB bacterium, Mycobacterium tuberculosis, from building its waxy cell envelope, which protects the bacterium from attack by the patient’s immune system and antibiotics. By effectively destroying the envelope, PBTZ169 can kill drug-resistant TB bacteria, and potentially shorten therapy.