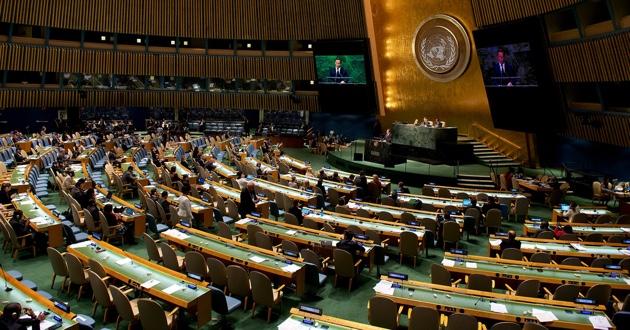 The first ever U.N. General Assembly’s high-level meeting (UNHLM) on tuberculosis took place on Wednesday, September 26 in New York City. The U.N. delegation of countries agreed to ambitious targets including a commitment to finding 40 million undiagnosed cases of TB by the end of 2022 and increasing annual investment in TB to $13 billion by then, too.  Endorsement of the political declaration on TB is not enough; we need to see countries bringing these commitments into action including closing the $1.3 billion annual funding gap for TB research and product development.

Some countries led the charge including the UK government, who announced at the meeting that they have committed to invest in the development of shorter, safer and more effective treatments for TB. Germany reiterated that the Antimicrobial Resistance R&D Collaboration Hub will foster R&D to fight AMR including drug-resistant TB. It’s essential that other countries step up and new initiatives are created to tackle TB. The NIH also announced the institute’s new strategic plan for building on the current efforts by furthering the understanding of TB and developing and applying cutting-edge tools to fight the disease.

Leaders highlighted the need for new tools and funding for TB R&D at the UNHLM:

“We need increased investments, especially in science and research, and we need new medicines, new vaccines, and new diagnostics.” -Tedros Adhanom Ghebreyesus, Director General of the WHO

“Investing in research and development is critical if we are to develop new diagnostics, vaccines, and medicines. It is only with new tools that we can achieve dramatic reduction in the incidence of tuberculosis.” -Cyril Ramaphosa, President of South Africa