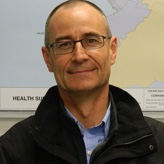 The New Combination 3 (NC-003) clinical trial tested the BPaZ regimen, consisting of bedaquiline, PA-824, and pyrazinamide. The two-week study found that the BPaZ regimen killed more than 99% of TB bacteria over the course of 14 days, and that the treatment was safe. The trial also tested multiple clofazimine-containing TB treatment regimens in combination with PA-824 and bedaquiline.

About the New Treatment(s)

The treatments tested in the NC-003 were identified through the TB Alliance’s Preclinical Regimen Identification program as having the potential to substantially shorten and simplify TB treatment.

NC-003 contained multiple arms, testing various new potential TB regimens. It treats patients for 2 weeks and completed enrollment in 2013. The primary endpoint of this trial is the reduction sputum colony counts of TB on culture over a 2-week period.