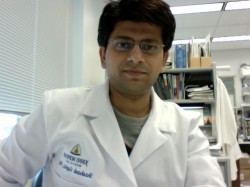 In a significant finding for millions of TB patients, researchers have recently shown that adjunct chemotherapy with verapamil can accelerate tuberculosis treatment in mouse model. Investigators at Johns Hopkins School of Medicine have found that adding verapamil, which is a drug used for treating high blood pressure, can reduce treatment duration for TB infected mouse from standard six months to just four months. William Bishai, M.D., Ph.D., a Howard Hughes Medical Institute principal investigator and co-director at Center for TB Research, Johns Hopkins University School of Medicine, who is the senior investigator in the study published in Sep 1, 2013 issue of the American Journal of Respiratory Care and Critical Care Medicine, says that the treatment for susceptible form of tuberculosis requires a combination of antibiotics for at least six months. Not complying with the treatment regimen often results in treatment failure, infection relapse and the emergence of drug resistance that warrants the development of improved regimens for TB chemotherapy. Adding verapamil with the traditional anti-mycobacterial antibiotics is a good treatment option for shortening the current 6-month TB treatment regimen.

Verapamil is a FDA approved drug used to treat high blood pressure and to control chest pain. It is clinically used for last forty years and so its side effects such as low blood pressure are known. Clinical trial supported by Department of Biotechnology, India starting later this year in Chennai, India, will determine if verapamil, a known efflux pump inhibitor, used in combination with isoniazid, rifampin, pyrazinamide and ethambutol will shorten the treatment duration in TB patients. One of the arms of the planned clinical trial in India is to determine a minimum effective dose of verapamil, which will be essential in elucidating its additive effect in TB patients without heart conditions or high blood pressure.

Efflux pumps are located in the bacterial cell membrane and expel drugs and other toxic substances from the cell to outside. It has been shown earlier that the antibodies against the calcium channels can reduce the bacterial loads in mouse. Verapamil can inhibit these bacterial efflux pumps and so does other drugs like reserpine and thioridazine. Previous research from Lalita Ramakrishnan’s lab at University of Washington, Seattle has identified efflux pumps as a mechanism for drug resistance in mycobacteria. Employing Mycobacterium marinum, the authors found that incubation of bacteria infected macrophages with verapamil reduced intracellular bacterial growth. When verapamil was added together with isoniazid and rifampin, it reduced macrophage induced drug tolerance by more than 2-fold, implying a possible role of verapamil in increasing the efficacy of existing tuberculosis treatment.

Shashank Gupta, a HHMI postdoctoral research associate at Johns Hopkins took leads from this work and designed experiment in special type of mouse that have large granulomas- collection of immune cells that surround infected cells. The animals were infected and half of them treated with the standard anti-tubercular antibiotics like rifampin, isoniazid and pyrazinamide; while the other half were treated with verapamil in combination of these antibiotics. Quantitative lung bacterial CFU counts were determined at 0, 2, 4, 8, 12, 16, 20 and 24 weeks of treatment. The doses of all the drugs given orally to mouse in the experiment are calculated to be bioequivalent to human dosing. Since rifampin is known to increase the breakdown of verapamil, the researchers performed a pharmacokinetic experiment co-administering rifampin and verapamil and found that dose of verapamil has to be increased by 50% to compensate for this breakdown.