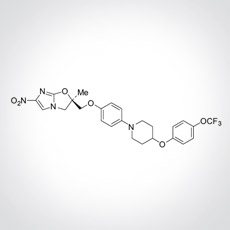 This week, we review a recent article published in the July issue of IJTLD on the TB drug candidate OPC-67683 whose new generic name is delamanid. Diacon, et al., present data showing that delamanid is safe, well-tolerated with significant early bactericidal activity.

The results reported are from the Phase IIa Early Bactericidal Activity (EBA) study which evaluates a drug candidates short-term potency when given as a single drug and at different doses. These studies are now generally 14-days and look at the log reduction of colony forming units (CFU) of M. tuberculosis in sputum collections from patients.

Highlights from the article are:

Herbal TB Immunotherapy to be Presented at Hong Kong Conference