Over the last week, some announcements have been released concerning new tools, publications and meeting materials that may be of value to the TB community including materials from the WGND sponsored “Essentiality of Pyrazinamide” Workshop, an interactive map of clinical trials from PACTR, and a new Collaborative Framework for Care and Control of Tuberculosis and Diabetes from the WHO and The Union.

This year on May 31-June 1, the Stop TB Partnership Working Group on New Drugs sponsored the “Essentiality of Pyrazinamide” Workshop. The meeting brought together some of the leading researchers in the field. It was an opportunity to discuss some of the questions around pyrazinamide, the first-line drug for TB with potent sterilizing activity.

Please visit http://www.newtbdrugs.org/meetings/pza-workshop.php to access agenda, presentations, video, and synopses. We are currently in the process of completing the videos so a few are not yet ready, but should be available the second week of September.

The NIH will sponsor a larger meeting on PZA in Spring 2012. You can find more information at http://www.newtbdrugs.org/meetings/pza-workshop.php. 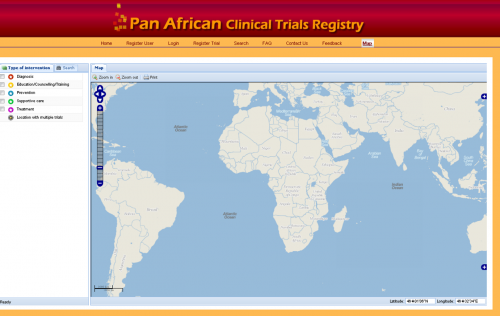 The Pan African Clinical Trials Registry (PACTR) officially launched a Global Information Systems (GIS) mapping component to its database yesterday. The fully interactive map provides a visual display of trial locations, as they are registered, according to the coordinates of the cities listed as recruitment centres. The map is fully searchable.

PACTR could very well be the first trial registry to offer a live, searchable GIS mapping component. Users can isolate disease type, trial titles, intervention type (prevention, treatment, education, diagnosis, and support), country, city, recruitment status and site type (single-centre, multi-centre / multi-nation, multi-centre / single nation). Users can navigate through the map by zooming in to specific sites, or attain a broader picture by viewing the continent. The map has been the product of concerted efforts since the inception of the registry as the AIDS, Tuberculosis and Malaria (ATM) Registry in 2006. . .read more

WHO and the Union launch collaborative framework on TB and diabetes 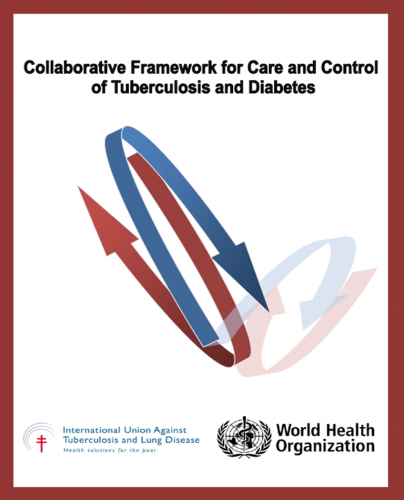 WHO and the International Union Against TB and Lung Disease (The Union) have developed a Collaborative Framework for Care and Control of Tuberculosis and Diabetes, which presents recommendations based on evidence from three systematic reviews and a series of expert consultations. It outlines essential steps for coordinated action in three areas:

Diabetes is rising precipitously in low- and middle-income countries undergoing rapid economic, social and lifestyle changes. It is also gaining ground in the low-income countries where TB has always thrived. This is a major concern since the increase in diabetes cases could jeopardize progress made in the global fight against TB over the last decade.

Link to the framework

WHO and The Union would like to encourage more countries to become involved, and would also like to receive information about plans and outcomes of such initiatives.